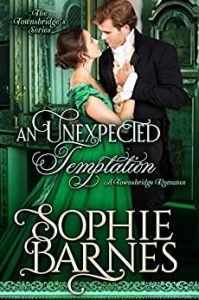 No other woman compares…

Six years ago, Athena Townsbridge broke up a wedding. This worked out well for her brother and the lady he loved, but Athena has never forgiven herself for what it did to Robert Carlisle. No one has seen him since he fled the church in humiliation, so when she learns of his estate’s proximity to the property she is staying at during a family visit, she sets out, determined to make amends.

When Robert, Marquess of Darlington, is reunited with Athena, she’s no longer the troublesome girl he remembers, but rather a fully grown woman. Trapped with her when a blizzard sets in, he rediscovers her playful side, the laughter and joy she can bring to his life. But it is her willful nature that tempts him, both with the need to tame her and with the dream of making her his.