The Love that Saved Him 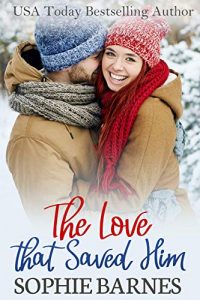 The Love that Saved Him:

Suffering from the recent loss of his wife, Pierce Jackson leaves behind his corporate job in New York City and heads to the Klondike. There he meets Sarah Palmer whose eighty-five-year-old gold mining grandfather wants to lease the most dangerous part of Pierce’s property. The last thing Pierce wants is to fall for Sarah. But as they start working together, a bond begins to form, and Pierce must eventually ask himself if he can overcome guilt and heartache and welcome the love of another woman into his heart.

And found a new beginning instead.

Sarah has a lot more on her mind than starting a relationship with her handsome new neighbor. But as she gets to know Pierce, she begins to wonder, what if? Encouraged by her matchmaking grandfather whose biggest wish is to see her settled, Sarah finds herself swept up in the most unexpected romance. But with shocking family history unfolding and a gold-mining expedition that could go wrong in so many ways, there’s a lot for Sarah and Pierce to take care of before they can find their happily ever after.